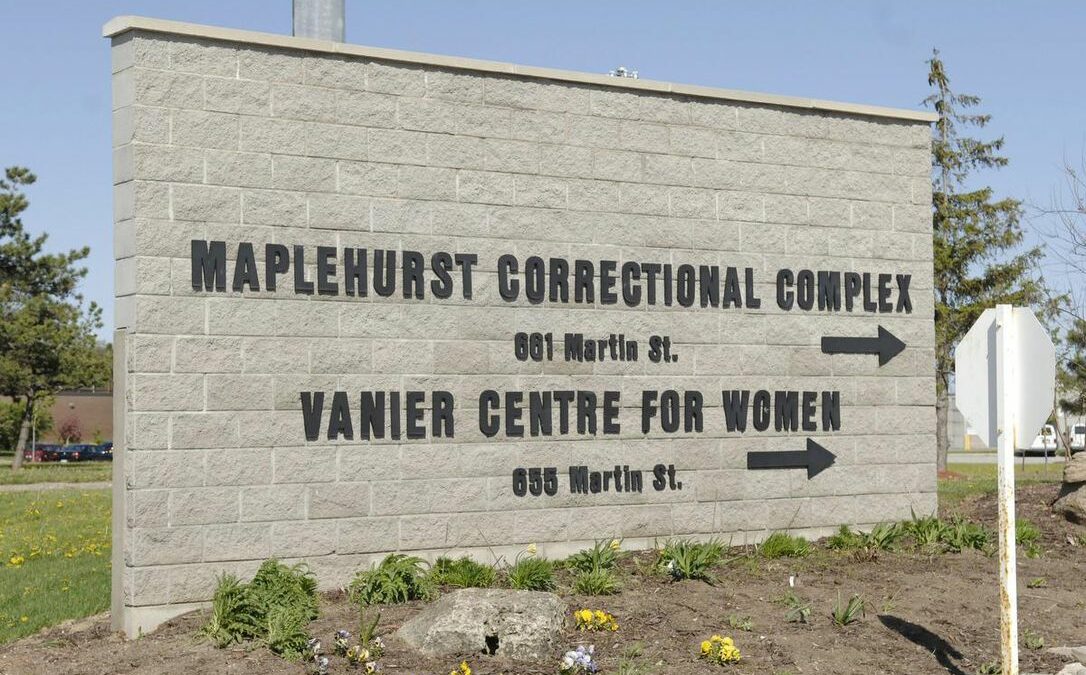 MILTON — A former Kitchener man is suing the provincial government and a psychiatrist for $6 million after he was almost beaten to death by another inmate in jail.

Douglas Tulloch, 29, was in custody on charges of drug possession and breach of probation when he was attacked in late 2012 by a mentally ill cellmate at the Maplehurst Correctional Complex in Milton.

The unprovoked beating left Tulloch lying in a pool of blood as Donald Gibson — a Kitchener man later found not criminally responsible for aggravated assault and other violent crimes — stood over him.

A statement of claim filed by Tulloch’s lawyer, Davin Charney, alleges Tulloch spent three weeks in a coma and 2 ½ months in a Hamilton hospital before going to live with his parents in eastern Ontario.

The lawsuit names as defendants the Ministry of Community Safety and Correctional Services and Dr. Robert Rehaluk, a Toronto psychiatrist who works with inmates at the Milton jail.

It alleges Gibson, then 30, should never have been housed with another inmate because of a history of mental illness and several recent violent incidents, including an attack on a fellow patient at Grand River Hospital in Kitchener.

“It was clear that Gibson was prone to extreme violence,” the 11-page claim alleges. “Gibson should have been segregated from other inmates.”

None of the allegations in the lawsuit have been tested or proven in court. The province and Rehaluk have both filed notices of intent to defend it.

The lawsuit details an alleged series of events similar to those accepted as fact when Gibson — now under indefinite detention in a psychiatric facility — dealt with his criminal charges in Burlington last fall.

It alleges Gibson was mentally ill when, armed with knives, he had a standoff with Waterloo Regional Police in November 2012.

Arrested under mental health laws, the claim alleges, Gibson was admitted to the psychiatric ward at the Kitchener hospital, where he was paranoid, heard voices and identified himself as Jesus.

It alleges he was moved to a secure unit because of his bizarre behaviour. While there, he severely assaulted another patient and fought with police officers trying to control him.

“After these assaults Gibson made homicidal statements to a doctor at the hospital that, if released, he would kill his opponent,” the suit alleges. “It was plain and obvious that Gibson was suffering from an extreme mental disorder and that he was a danger to himself and anyone around him.”

Discharged from the hospital after less than a week, the suit alleges, Gibson attacked another prisoner while making a subsequent court appearance in Kitchener.

It alleges he was then taken to Maplehurst, where he was placed in segregation and diagnosed by Rehaluk as having a mental disorder.

The suit claims Gibson was then reclassified and placed in a two-person cell with Tulloch, who had been in custody since his arrest at a Waterloo bar about three weeks earlier.

Within hours, the lawsuit alleges, Tulloch was “brutally assaulted” for five to 10 minutes before jail guards responded to the disturbance.

In the criminal case, a judge was told Gibson knocked him to the floor and stomped on his head because Tulloch apparently urinated on the toilet seat without wiping it off immediately.

“One correctional officer observed that the victim’s face and head (were) so badly bruised that she did not know he was Caucasian until she saw his hands and feet,” court heard.

Gibson later told a psychiatrist he meant to kill Tulloch and believed he was doing a “good thing.”

“Mr. Gibson said that he felt he was doing work for God and the alleged victim was a beast and the devil,” a psychiatrist wrote in a report entered as evidence in the criminal proceedings.

The lawsuit launched by Tulloch alleges he has several ongoing problems, including “loss of cognitive function and psychiatric and physical disabilities.”

It alleges Rehaluk and jail officials were negligent when they placed Gibson in a shared cell despite his history of bizarre behaviour and violence.

The statement of claim also alleges officials failed to get information from the Kitchener hospital and local police that would have enabled them to better assess the risk he posed.

“It was reasonably foreseeable that Gibson would cause injury to any other inmates who he had access to,” the suit alleges. “Gibson was initially placed in segregation at (Maplehurst) for this very reason.”

The province and Rehaluk have yet to respond to the lawsuit with full statements of defence.