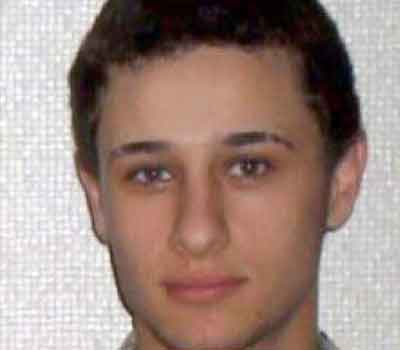 When James Forcillo walks through the doors of a downtown Toronto courthouse Tuesday, the constable will follow a path few Canadian police officers have taken.

The short, stocky 32-year-old cop will fight his way through a throng of cameras and reporters, enter the largest available courtroom — used for high-profile cases due to its capacity — and appear as the defendant in a murder trial

Nationwide, a second-degree murder charge against an on-duty police officer is exceedingly rare. A conviction is unprecedented. If Forcillo is found guilty in the 2013 shooting death of 18-year-old Sammy Yatim, he will be the first Toronto police officer ever convicted of murder for an on-the-job death.

Landmark, watershed, historic — suffice it to say, Forcillo’s trial will be closely monitored for all that it represents. While the 12-member jury selected last week will rule on the guilt or innocence of one officer, it will unofficially decide on issues much greater.

“In some ways, you could say the officer is not the only person on trial,” said University of Toronto criminologist Scot Wortley. “I think the legitimacy of our current police accountability system, our current civilian oversight system, is also on trial.”

Yatim was killed in a hair of bullets just after midnight on July 27, 2013. Moments before, the teenager had exposed himself and pulled a small knife on unsuspecting passengers on the Dundas St. W. streetcar.

By the time police arrived, Yatim was alone on the streetcar. Shortly after, Forcillo shot Yatim eight times. As he lay on the floor dying, he was Tasered by another officer.

The much-anticipated trial comes amid unparalleled public scrutiny of police locally, nationally and throughout North America. In Toronto, critics place Yatim alongside other well-known names as yet another example of the unjustified police killing of a person in mental or emotional crisis — another Edmond Yu, Michael Elilgon, Sylvia Klibingatis.

Const. James Forcillo, the police officer charged in the death of Sammy Yatim, arrives at court.

Hundreds of thousands of people feel they witnessed Yatim’s death, thanks to widely disseminated citizen video. Bystanders’ cellphone cameras recorded the scene as Forcillo fired his gun nine times at Yatim, six of those shots coming as the teenager lay on the floor of the streetcar.

The video in this case is vital — without it, many lawyers say it’s unlikely there would have been a trial. Also attributable to the citizen videos is an exceptional phenomenon: the raw emotion felt by so many members of the public prior to the beginning of a trial.

“People are watching this trial closely because they want to see that justice will be served,” criminologist Akwasi Owusu-Bempah said.

But what justice looks like in this case depends on whom you ask. Amid what many have called a crisis of public confidence in law enforcement, some officers and police associations argue that anti-police sentiment has gone too far. Some quietly fear that a guilty verdict in this case could result in cops failing to use force in situations where it’s warranted.

Shortly after Forcillo’s arrest, Toronto Police Association president Mike McCormack said the officer wasn’t afforded the presumption of innocence. “This is exactly trial and conviction by YouTube,” he said.

For Forcillo — who has pleaded not guilty — the criminal trial is a long-awaited opportunity, his defence lawyer, Peter Brauti, said. “He hasn’t been able to tell his side of the story,” Brauti told reporters last month.

That story has the potential to change public perception — of Yatim, of the shooting, of Forcillo’s guilt or innocence.

“There are those who steadfastly stand behind the police and will not question their actions at all. And there are those who perhaps are on the other extreme and question every police action,” Wortley said. “But it will be interesting to see where this case sits with the average citizen.”

The role of video

Ask legal experts what makes the Forcillo case different from other cop trials and you hear one word, repeatedly: video.

Bystander and surveillance video has already played a vital role in the trial. To Christopher Schneider, a Brandon University associate professor who studies policing and technology, the video represents a historic first: Never before has there been an on-duty fatal police shooting that was recorded and uploaded to the Internet in advance of police statements about the video.

“As best I can tell, this is the very first video of its kind, in Canada, ever,” Schneider said.

As a result, citizens interpreted the events on their own, forming passionate opinions about what transpired. “Almost always, the police tell us what we saw,” he said.

Or, in cases without independent witnesses or video, police simply tell the public what occurred. In short, the existence of strong video evidence of the shooting is a game-changer.

“It used to be that the police could shoot and kill people, and it was a lot easier for them to change the stories, embellish or lie or not include certain facts and their word was taken as gold by the courts,” said Davin Charney, a Toronto criminal lawyer.

Now, they can’t get around the video — and that’s going to increasingly be the case, due to the use of body-worn cameras and the frequency of citizen-shot cellphone video, Charney said.

But there are the Yatim shooting videos that have been released to the public, and then there’s the video yet to be seen.

Expected to be played at trial is surveillance footage from inside the streetcar in the moments before Yatim was shot. It may bolster the case against Forcillo, or complicate the narrative that he unjustifiably shot Yatim.

Use of force and self-defence

There is, of course, no doubt who pulled the trigger. One high-quality video from a member of the public Forcillo drawing his gun and firing two distinct bursts of shots at the teenager — the first three causing Yatim to fall to the ground and then, six seconds later, six more bullets.

A central question is whether the force Forcillo used was justified.

“(Forcillo) will be relying, over and over again, on self-defence,” said Reid Rusonik, a Toronto criminal lawyer not connected to the case.

In cases where self-defence is being argued, the law gives significant consideration to an individual’s perception that he or she is in danger of grievous bodily harm or death. But there’s no mathematical calculation to determine permissible force, Rusonik said.

“There’s no law that says it’s five shots that you’re allowed, or seven . . . The Crown’s going to have to say that even though there’s a broad range, even the most generous settings of that range were exceeded.”

Wortley added that Forcillo is going to have to explain why he was the only officer on scene to shoot. Several Toronto cops responded alongside Forcillo, but none fired their guns. “That could be key to the case,” Wortley said.

Statements of defence in a civil suit filed by members of Yatim’s family against Forcillo and the Toronto police may provide clues about the defence strategy. According to those statements, filed in court last summer, Yatim “aggressively” refused to drop the switchblade in his hand and continued to dangerously wield the knife after Forcillo’s initial three shots, prompting the officer to fire six more times.

The defence claims allege that Yatim continued to hold a knife “in a dangerous manner” after he was shot eight times, and needed to be Tasered to be brought under control. The defence statements also claim Yatim voluntarily consumed “an intoxicating substance which caused or contributed to his irrational or dangerous behaviour.”

Indeed, one of the things Forcillo’s legal team is likely to do is attempt to reduce public sympathy for Yatim by painting him as violent or dangerous, Wortley said. “It’s a classic defence strategy.”

What we can learn from other trials involving Toronto police officers

When Const. James Forcillo was charged with Yatim’s death, he became the seventh on-duty Toronto officer to be charged with manslaughter or murder in 25 years, since the creation of Ontario’s Special Investigations Unit in 1990.

But none of the other officers, charged in connection with three deaths between 1997 and 2010, were convicted: all were eventually acquitted by judge or jury.

Legal experts say the fact that so few are found guilty may reveal a general reluctance to discredit a police officer, a professional sworn to uphold the law. When testifying in court, cops typically enjoy the “enhanced credibility” that comes with the job, said David Tanovich, a law professor at the University of Windsor.

But recent sharp scrutiny of police actions demonstrates a shift away from the assumption that a police officer’s word is golden, he said.

That scrutiny, Tanovich said, combined with the presence of citizen-shot video, changes the game so significantly that little can be drawn from previous acquittals of Toronto police.